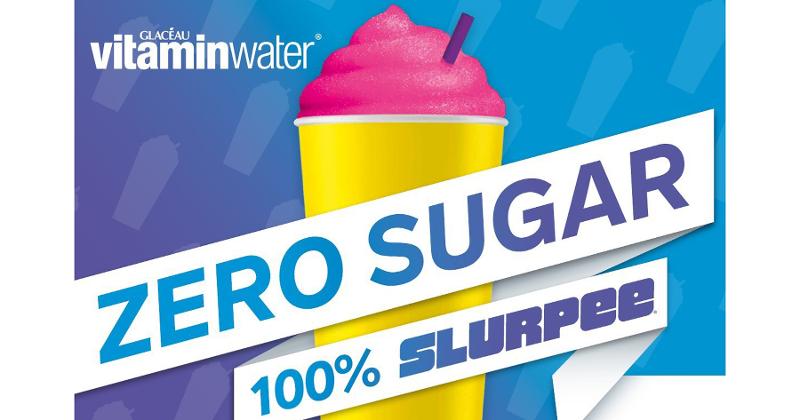 The sugar-free flavors are called Rise and Shine. Rise is a is a citrusy orange, while Shine is a refreshing strawberry lemonade. Both flavors contain vitamins B3, B6 and B12 and are available at participating 7-Eleven stores.

7-Eleven debuted its Glaceau Vitaminwater Slurpee line in 2019 with the launch of its Blueberry Lavender Slurpee Lite. The periwinkle blue-colored slush drink was made with Glaceau Vitaminwater Chill, which was one of the top-selling noncarbonated flavored waters at 7-Eleven at the time, the company said. A few months later, 7-Eleven launched its Spicy Watermelon-Lime Slurpee Lite, which is also made with vitamins B3, B6 and B12 and it offers a touch of jalapeno and habanero.

Flavored Glaceau Vitaminwater is sold chilled in bottles at participating 7-Eleven stores and is a favorite among flavored waters, 7-Eleven said.

“Vitaminwater was an instant hit on the Slurpee machine last year, so much so that we immediately began talking with Glaceau about what we could give our customers next,” said Jawad Bisbis, vice president of proprietary beverages for 7-Eleven. “I think Vitaminwater Slurpee Zero drinks are gaining a real following, and the new flavors will prove even more popular.”