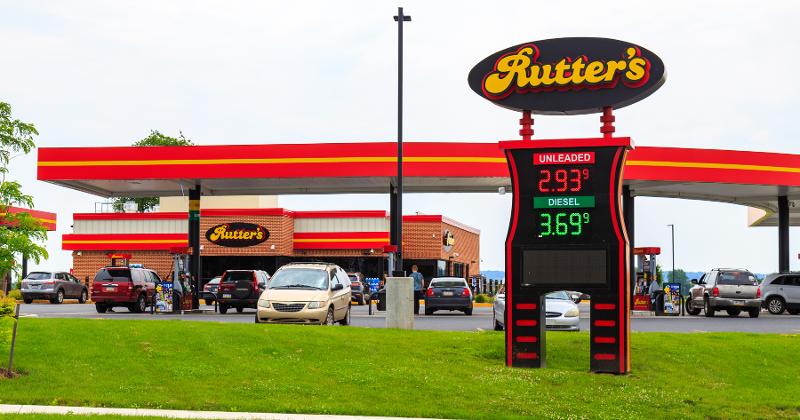 C-stores are in a good spot during the COVID-19 pandemic because they are critical infrastructure, which means they are required to stay open and have the opportunity for sales, Rutter’s President and CEO Scott Hartman said during Winsight Media’s virtual Outlook Leadership Community in a Talks From the Top session with Mitch Morrison, CSP’s vice president of retailer relations. C-stores are also adaptable and can make money in many ways, from fuel to food sales, he said.

“C-stores are like chameleons,” Hartman said. “We can change colors faster than anybody else can.”

York, Pa.-based Rutter’s fluid business model means the chain of about 80 c-stores across Pennsylvania, West Virginia and Maryland can do many things under a small roof, Hartman said. So, whereas stores like Starbucks or Dunkin’ Donuts may be limited in what they offer, Rutter’s is not, he said.

In the past few years, the chain has upgraded its foodservice program, added video gaming rooms and created its first liquor room in West Virginia.

The expanding size of its stores helps.

Strategic planning for Rutter’s often starts with the question, “Why would somebody go to a competitor of ours?” That plays off of the chain’s slogan, “Rutter’s, Why Go Anywhere Else.” If someone can give a legitimate reason why they would go to a competitor, Rutter’s tries to solve that.

Whether the problem is “we want to be the best in foodservice” or “we want to be known as the best place to go for gaming in a convenience store,” Rutter’s leadership then asks, “What’s stopping us from doing that?” Hartman said.

“Oftentimes the answer to those questions has always come back to, ‘We need a bigger store’,” he said.

Many c-store chains, though, are focusing on bringing the stores to consumers amid the coronavirus crisis, with new features like home delivery and curbside pickup. Rutter’s is in some level of transition of that, Hartman said, but he’s not “running a mad race to go do that.”

Home delivery in rural markets, like where Rutter’s primarily operates, is relatively immature, he said. He also thinks people will want more socialization when the pandemic is over.