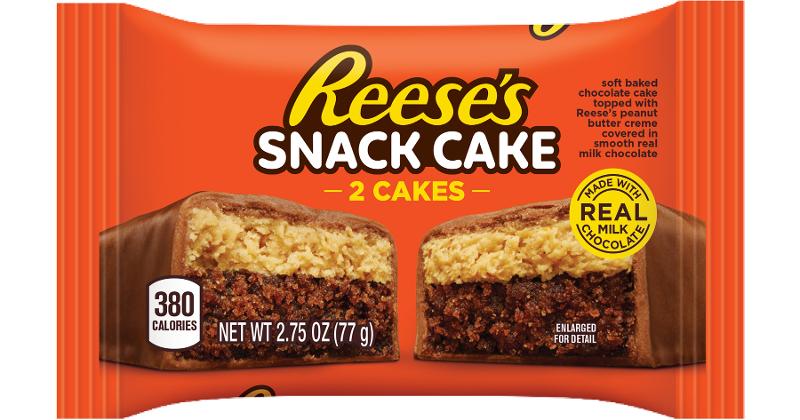 HERSHEY, Pa. — Hershey Co.’s Reese’s brand is setting its sights on the morning daypart. The company has launched new Reese’s Snack Cakes, which it calls a first-of-its-kind, midmorning cake treat.

According to Reese’s, research shows 83% of U.S. adults say they have indulged in dessert before noon in the past month. “So, we had a crazy idea: Give Reese’s fans permission to have cake as a midmorning snack treat for Reese’s fans to satisfy that midmorning sweet tooth,” said Mike Orr, snacks brand manager. “We know that sometimes you just don’t want to wait until lunch; that’s how Reese’s Snack Cakes were born.”

Reese’s Snack Cakes begin with soft-baked chocolate cake topped with peanut butter creme and covered in milk chocolate. The treats come in a 2-cake pack (2.75 ounces, SRP $1.99), and will be available in December 2020 at convenience stores nationwide.

Based in Hershey, Pa., the Hershey Co. has more than 80 brands around the world that drive more than $7.8 billion in annual revenues, including Hershey’s, Reese’s, KitKat, Jolly Rancher, Ice Breakers, SkinnyPop and Pirate’s Booty.