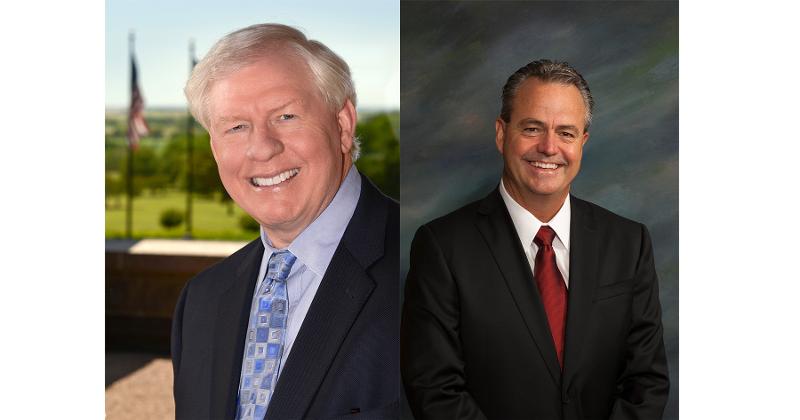 TEMPLE, Texas — Grady Rosier, president and CEO of convenience-store, grocery and foodservice supply chain services company McLane Co. Inc., will retire effective August 28, the company said. He will be succeeded by Tony Frankenberger, who will maintain his responsibilities as president of McLane Grocery.

Rosier has worked for McLane for more than 36 years and has held the title of president and CEO for the last 25 years. During Rosier’s tenure, McLane has experienced significant market share growth and substantial annual revenue increases from less than $6 billion to more than $50 billion, the company said. Its grocery division expanded from convenience stores to other classes of trade, including drug stores, mass market retailers, warehouse clubs, value stores, supermarkets and alcohol beverage distribution.

Rosier was instrumental in the sale of McLane by Walmart to Berkshire Hathaway in 2003, and he led the charge for a new foodservice division servicing quick-service restaurant (QSR), fast-casual and casual restaurants that became one of the largest in the industry. He has also provided an unwavering commitment to charitable organizations such as Children’s Miracle Network Hospitals and United Way, the company said.

“McLane is not just a company to me,” said Rosier. “It has been my passion, and the people at McLane are my family.”

He has made an enormous impact on the supply chain industry and beyond, the company said.

Prior to joining McLane, Rosier spent more than a decade in various executive roles in the convenience channel. Before that, Rosier served for six years in the U.S. Marine Corps and several more in the reserves. He was inducted into the Texas Business Hall of Fame in 2015 and serves on the board of directors of NVR Inc. and NuStar Energy.

Frankenberger will assume leadership of McLane as president and CEO while maintaining his responsibilities as president of McLane Grocery, a $33 billion business unit providing supply chain solutions to more than 70,000 retailer locations.

Frankenberger has worked for McLane for more than 35 years. Shortly after he concluded his service with the U.S. Air Force in 1985, he began his career with McLane as a washer, fueler and mechanic in the transportation department and worked his way up in the company. Today, he has more than 15 years of senior management experience, including various past leadership positions in merchandising, procurement and operations.

“I have personally known Tony for more than 30 years and feel this is a tremendous opportunity for him to continue building the sustainability and growth of McLane into the future,” Rosier said. “He is an exceptional leader with a track record of operational excellence, building high performance teams and extraordinary customer service.”

Frankenberger’s notable rise through the ranks and steadfast commitment to McLane’s values and beliefs pave his way to success in the new role, the company said.

“I am thrilled for Grady, and I wish him nothing but health and happiness in this new chapter of his life,” said Frankenberger. “I am honored to follow in his footsteps at an incredible company with outstanding teammates.”