E-cigarette company is asking the commission to ban unauthorized products, 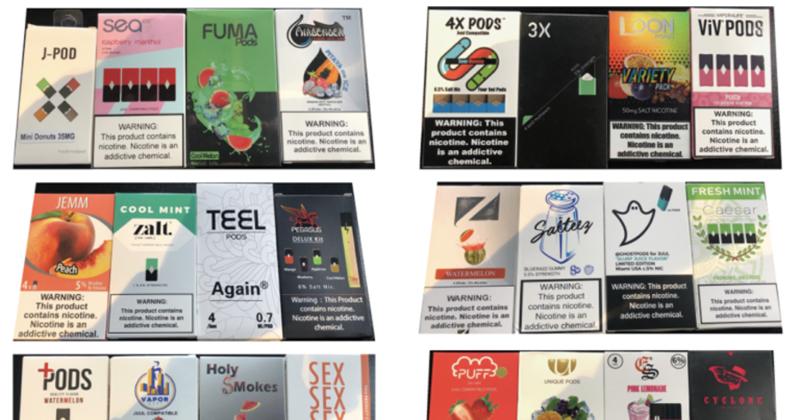 The San Francisco-based e-cigarette company is asking ITC to bar the importation, distribution and marketing of any unauthorized pod-based products designed to be used with the Juul system. The products circumvent federal policy, Juul said, and can present health and safety risks to consumers.

Not only does Juul seek to ban pod products named in its most recent complaint, but it also aims to bar all other infringing pod products that the company said copies Juul Labs’ patented designs.

If Juul is successful in its request, it would help rid the market of unauthorized Juul-compatible products that can be modified by the user, including empty and refillable pods or pods containing substances such as THC, the psychoactive element in marijuana.

Juul Labs stopped accepting retail orders for its Mango, Fruit, Creme and Cucumber Juul pods in November 2018. It suspended sales of all of its flavored pods in October, citing a “lack of trust” in the industry amid increasing sensitivities about the appeal of flavored e-cigarettes among young people and growing scrutiny by the U.S. Food and Drug Administration (FDA). In November 2019, the Centers for Disease Control and Prevention (CDC) tied an influx of vaping related illnesses in the United States to illicit sources of product, including THC and a compound called vitamin E acetate.

“There was a significant uptick in the volume of unauthorized Juul-compatible products being sold in the United States in November 2018, after Juul Labs’ voluntarily restricted its product offerings in response to reports of increased underage use of vapor products,” the company said. “Juul Labs’ suspension of the sales and distribution of non-tobacco, -menthol and -mint flavored Juul products to brick-and-mortar retail outlets led to increased unscrupulous sales of unauthorized Juul-compatible pods in an array of flavors, from both existing and new manufacturers.”

Not only can illicit products present a health risk, but sellers of the products also may undermine underage-prevention measures because they are typically sold through nontraditional retail channels, like online, according to Juul. They also are often marketed illegally, making the products seem like they were authorized by Juul when they were not, the company said.

This isn’t the first time Juul has filed patent enforcement actions at the ITC and various federal district courts. Earlier this year, the ITC found Eonsmoke’s, Clifton, N.J., products infringed on Juul Labs’ patent claims and the company was ordered to stop importing into the United States and selling products in the country.

Eonsmoke is no longer in business, according to a message on its website that, in part, read: “It is with great regret that due to rapidly declining circumstances, coronavirus, regulatory and competitor litigations, we have ceased worldwide operations of Eonsmoke products.”