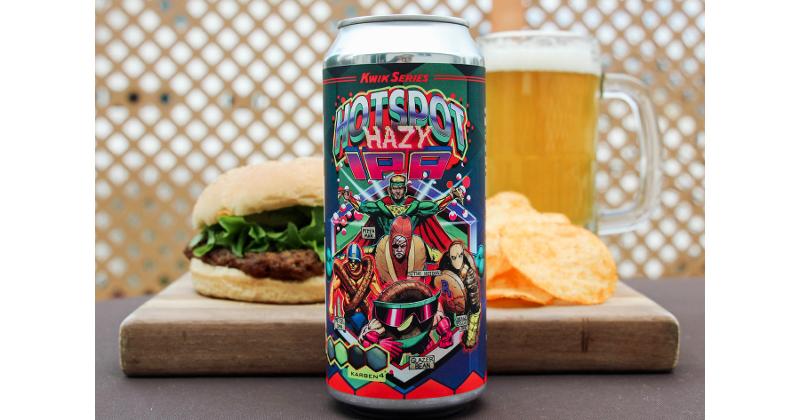 Hot Spot Hazy IPA is sold in all of Kwik Trip’s Wisconsin stores and one store in Minnesota–a total of approximately 400 stores, said Kim Jenks, category manager of alcohol beverages and tobacco for Kwik Trip. The beer sells for $11.99 for a four-pack and will be available until the 3,000 cases produced sell out.

“Producing an additional beer was really contingent on how Glazer Bean performed when we released it last November,” she said. “As soon as we saw how quickly Glazer Bean sold, we started developing plans for Hot Spot Hazy.”

The release was announced on Kwik Trip’s social media platforms, along with a delivery schedule of when each of the stores would receive the product. Kwik Trip urged customers to reference the schedule so they could plan their next visit to their local store when they knew Hot Spot Hazy would be available.

“We tried to have a little fun with it and bring a smile to our guest’s faces during a difficult time, but [we] also wanted to make sure we were urging people to be responsible, considering the circumstances around the release,” Jenks said.

For the staff at Karben4, the timing of the beer’s release could not have been better. Karben4 has been severely affected by the loss of all its keg business and limited taproom business, said Zak Koga, who co-owns the brewery with his brother, Ryan Koga, in a post on the brewery’s website.

“The brewing and canning of Hot Spot bought us a few extra weeks of keeping our production staff mostly employed, and it bought us some time to figure things out as we transition our company to weather this storm,” Zak Koga wrote. “Thank you to our Kwik Trip brothers and sisters for your love and support! I hope that Hot Spot can provide a shimmer of light and levity for all of our Kwik Trip guests and K4 beer fans.”