All locations will receive upgrade through 2027, 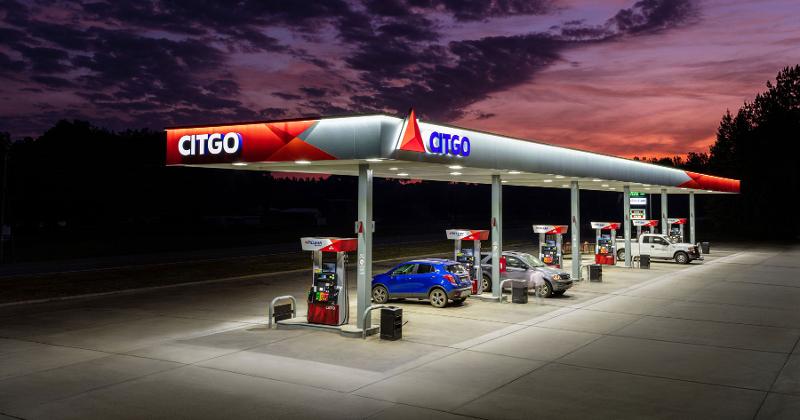 HOUSTON — In honor of its 110th anniversary, CITGO Petroleum Corp. has rolled out a brand reimaging program that illuminates the company’s “trimark” logo with brushed aluminum cladding on the canopy and dispensers instead of white, “eyebrow” lighting and under-canopy reflective paint.

The brushed aluminum better reflects the lighting features of the image, providing a stronger visual appeal, the company said. In addition, it shows less dirt compared to the white vinyl, helping to reduce maintenance costs.

The “Illuminate” reimaging program, which began March 1, will roll out over a seven-year period ending in 2027. New-to-CITGO locations will receive all elements of the Illuminate image. The company will introduce redesigned, optional interior graphics later this year, it said.

“By making minor modifications we set our image apart, while maintaining the iconic brand CITGO customers recognize and trust. The Illuminate image program represents a series of affordable improvements, creating a bright, welcoming experience for the consumer at every location. And by utilizing dependable materials, we reduce maintenance costs for station owners and ensure the CITGO image remains fresh and clean years after the upgrade takes place,” a CITGO spokesperson told CSP Daily News.

“As we celebrate 110 years of fueling good in our communities, we are eager to unveil the Illuminate reimage program,” the spokesperson said. “The trimark logo of CITGO is a distinct image in communities throughout the United States. Every location flying the CITGO colors represents our reliable, trustworthy American company. We introduced the centennial image 10 years ago to celebrate our first 100 years. Now we are illuminating this image to highlight the steady innovations and improvements that have defined CITGO.”

,All locations will receive upgrade through 2027,Read More